Planning Ahead; a D&D Campaign for the Future 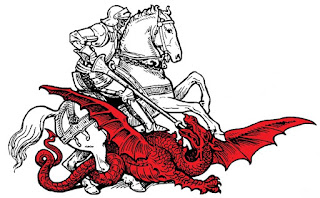 I've been running Call of Cthulhu exclusively for months now, and love it.  I really feel good about the campaign I'm running and the additional single-shot games I'm running both at the store and at conventions.  But I also know that sooner or later I'm going to want a palate-cleanser from the unspeakable cosmic horror I'm hip-deep in.  And to tell the truth, because right now I'm not writing scenarios but running published ones, I'm not exercising my creativity *that* much on the gaming front right now.  So I've begun thinking about a D&D campaign for once "A Time to Harvest" wraps, probably mid-autumn.

Here's what I know I want:

Here's what I'm pretty sure I want:

And here are some of the resources I intend to be using: