I don't have much to show, miniatures-wise, right now unless you like to look at a lot of primed and unpainted figures; I've been working like mad to try and get as much done as I can in preparation for the Analogue Hobbies Painting Challenge, so I haven't been painting so much as preparing to paint.  However, I would like to congratulate Ray at Don't Throw a 1 on hitting one million page views on his blog.  To celebrate, he's offering up some stuff he's had laying around. 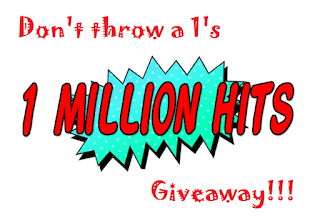 You can see what he's offering here!
Posted by Bill at 4:36 PM