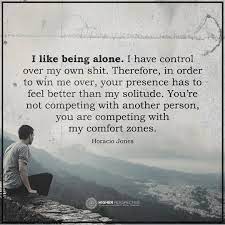 So I've been in a bit of an odd space mentally in regards my hobbies lately, and it's got me doing some soul searching. I posted a condensed version of this on Instagram earlier, but I want to use this space to flesh it out a bit more.

Two weeks ago in my monthly session with my therapist, I told her I felt profoundly lonely; that I felt torn between two competing drives: on the one hand, I miss in person gaming. I'm not sure how I feel about returning to running and playing games at my FLGS (more on that later), and I am playing in a semi-regular D&D campaign with some friends face to face, though it's now been over two months since I've been able to meet with them. On the other hand, I have the well-being of my spouse, who is immunocompromised, to take into account; every trip out is a calculated risk and I feel hard-pressed to justify spending a couple hours at the game store where, lets face it, even at the best of times some of my fellow patrons struggle with the concept of personal space. One of my favorite stories to tell is the time in 2019 I was running a game in store, and someone standing behind my chair adjusted the straps on the backpack so that it was resting on my shoulders instead of theirs. Very much a "what the hell" moment at the time, but very illustrative of my point.

These feelings have been compounded by an increasing difficulty I've had in even getting a virtual table together for a role-playing one-shot over the past four or five months. These two people want to play, but won't play at the same table as each other (even virtually), this person wants a game but can't (or won't) find space in their schedule where they can meet me halfway, that person has a history of canceling an hour before game when they've known for three weeks they can't make it on the date scheduled, and I've had a half-dozen people practically begging me for games but as soon as I ask them "what days and times work for you" I get ghosted. I've bent and twisted myself in knots trying to accommodate people for months and it feels like no one will meet me half way, and I'm tired of feeling taken advantage off. I think the straw that broke the camel's back was a player I've run for, on and off, for five or six years now, who told me they'd double-booked themselves for a date and time I'd finally managed to pull together a game on, and that they'd decided they were more excited for the other game. Just tell me you can't make it, because this was just salt in a wound.

As far as my miniature painting/wargaming hobby goes, I spent last weekend cleaning and organizing my hobby space. My wife and I live in a one bedroom apartment and so I stake out the back half of our dining room table as a painting space, I've got a shelving unit next to the table with terrain, battlemats, and project boxes on it, and a large storage tote in the bedroom closet that's something of an unofficial "Graveyard of Dead Projects." I cleaned things up, condensed things (all my unpainted orcs and goblins for Warhammer are in one box now instead of two, etc.), pulled boxes out to pass along to wargamers who will appreciate them, and in so doing I've made myself a lot more introspective about my hobby.

Going forward, I want to be a lot more thoughtful about what I bring into the apartment; I want to make sure my wife has her craft space secured and that I'm not overflowing into it, and I don't want to be shoveling money into projects that I may never actually start, let alone finish. I want to get away from the sense of FOMO I get with miniature kickstarters as well.

And that leads me into wargaming. I bought the Stargrave rulebook about three weeks ago, because my friend Tom tipped me off that there would potentially be some Stargrave campaigning going on at our FLGS. I haven't been a regular at my game store since they've re-opened to general gaming; and I asked on the store's Discord server about how busy the store tended to be on Thursday nights (which is wargaming night), explaining that with my wife's illness, if the store was likely to be crowded I probably wouldn't be able to attend. The response from the store's social media person (not the owner) rubbed me the wrong way; they told me not to use the crowdedness of the store to judge personal safety and it came across, to me, very condescending and read like "well just don't come in if you think there's any risk." My therapist, reading this person's response, instead interpreted it as "well you'll never mitigate all risk, so just come in."

I replied to this person that no, the presence or absence of a crowd isn't our sole metric for assessing risk, but it is one of the factors we take into account. Still, I'm having difficulty shaking the nettled feeling I got from the interaction. Maybe it's how the pandemic changed me, maybe it's how it changed the business, but I've felt less welcome when I've gone in for books or paints since 2021 and this feels like a continuation of that trend. And it's made me stop and ask myself, "Do I really want to go in on Thursday nights after work to play Stargrave?"

And finding an answer to that question has gotten...messy. I've had a lot more bad experiences playing wargames in the various gaming stores around Rochester than I've had good ones, unfortunately. Between unabashed cheating, people bringing crowd-sourced tournament lists to "friendly" games, bellicose people who are looking for someone to take their frustrations out on and people who get belligerent at the thought of playing with any victory condition other than "table the opponent"...do I want to keep subjecting myself to that? 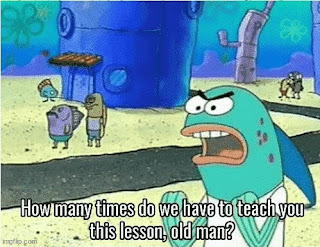 Don't get me wrong, I've had a couple really good games at local stores, and games with my friend Tom are always a pleasure, even when he has tabled me. But it's hard not to be wary of gaming with randos. The other thing I'm wary of with gaming at the store is getting caught up in chasing the Next Big Shiny Thing. Right now Stargrave is popular; I don't want to rush to paint a whole bestiary and terrain and this that and the other thing (all of which takes up space - see my earlier point) only for interest to disappear entirely in three months as the community moves on to the next game that catches people's interest. I busted my hump trying to get people at the store to play Frostgrave a couple years back, followed by a similarly failed attempt to interest anyone in Fistful of Lead.

The only way I'm going to ensure that the local community is going to stay invested in a game long enough for me to be able to afford buy-in and paint everything I need to paint is if I jump back on the Games Workshop wagon; and even then, it's an arms race to stay "competitive" since none of these people play Warhammer 40K or Age of Sigmar as anything but an aggressive, competitive game, always preparing for the next tournament. I danced the Age of Sigmar dance a few years ago, spent a couple hundred bucks and after a few painful months realized I was having a miserable time. I don't want to get back on that wagon, and I'm pretty sure my wife would bounce me off all four walls of our apartment if I tried. She loves me, she supports my wargaming, but she's got no love for Games Workshop either. She also saw how despondent I came home after my last game of Age of Sigmar and how I put my AoS army in the closet and didn't touch it for months afterwards. She won't let me do that to myself again.

That also takes me to my Oldhammer Orc and Goblin army. I dusted it off last month and started adding to it with plans to take it to Da Boyz GT this year but - why? When I stop and think about it, I almost question my sanity. I've never heard anything about Warhammer tournaments that make them sound like experiences I want - timed games of cutthroat competitiveness and army lists tailored towards victory at all costs is the precise opposite of the leisurely art of kriegspiel that I want to involve myself in. I think I saw the photos of 2022's event and went "I have the miniatures to participate in that!" and jumped in with both feet without thinking. The more I think about it (especially in the light of my wife's illness) the less desire I feel to participate. 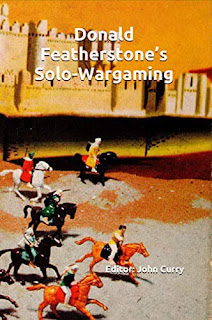 I've been playing solo games through the pandemic, and last week, while my wife was in the hospital for a round of treatment, I put Donald Featherstone's 1973 book "Solo Wargaming" on my Kindle and read it while sitting next to her. I came away so much more energized and inspired than I'd been in weeks, eager to resume solo play with a host of new (to me) ideas to make my games more interesting for me such as chance cards, ways of randomizing deployment, etc. I was immediately excited at the prospect of a solo campaign, complete with a map of the area, tracking wins and losses, and letting individual toy soldiers develop histories, personalities, accolades.

I decided I wanted to go with 6mm scale for ease of storage and gentleness on my wallet; it helped I'd invested in some 6mm scifi terrain a couple months back for use with Wiley Games' "Battlesuit Alpha." A sci-fi campaign set on some imagined world in an imagined future with hover tanks and laser cannons (and maybe a few giant stompy mech suits) sounds very appealing to me. I've got a core idea I've been kicking around for the past few days of what the conflict is and who the belligerents are in it, and I ordered some figures and vehicles (from Microworld Games, since the cyber attack on the Royal Mail puts UK manufacturers beyond my grasp for the moment) to start getting a feel for 6mm scale. I'm anticipating using "Battlesuit Alpha" for tank battles and "Bigger Battles" for more strictly infantry battles.

Which circles me back to where I started this post; maybe it's not that I'm lonely, per se. Maybe I just need to improve the quality of my solitude. It's important for me not to lose sight of the fact that first and foremost I should be enjoying myself - that this is a hobby, a respite from the day to day, and if it's stressing me out or making me unhappy, I am doing it wrong. Making sure it's a creative outlet that inspires and encourages me, a pleasant place my mind can drift during the drudgery of the work day, I think that will do much more for my mental and emotional well-being then just gaming for the sake of gaming. One of my big takeaways from Age of Sigmar was that not playing games was better than playing games I wasn't enjoying, and I don't want to backtrack on that.

So this has been a long post, and it's been a lot of kind of just organizing the thoughts that have been swirling through my head for the past two weeks. Call this a journaling exercise maybe. I hope it hasn't come across as too bitter or aggressive; I think I've just not let myself realize how trampled I've been feeling.