I'm so bad at cross-posting my uploads to the Analogue Hobbies Painting Challenge to my own blog, so here's a photo dump version.

First up, a unit of Bidowers/Scouts for Lion/Dragon Rampant.  Figures by Crusader Miniatures, I'm not in love with the autumn flock as is.  I should have put down a layer of my usual basing grit and then layered the autumn flock over it. 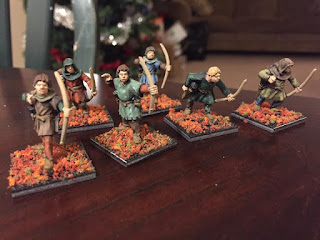 Next, a set of undead hounds, painted for the "Reconnaissance" bonus round, with the idea that these would be a unit of Lesser Warbeasts in my undead Dragon Rampant army, sniffing out the living wherever they might try to hide.  Figures by Reaper Miniatures. 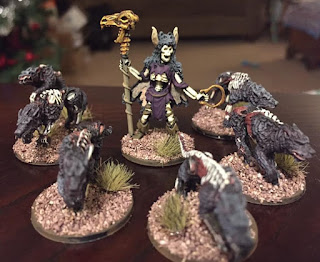 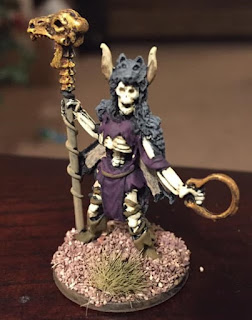 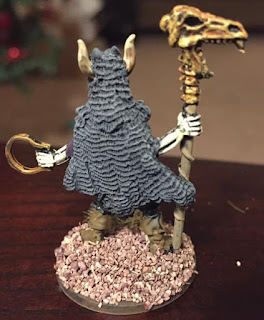 And finally, Reaper's "Abraxus the Dire-Dead," who when I saw him I just had to paint up as Skeletor from "He-Man and the Masters of the Universe." 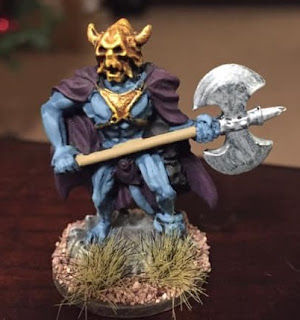 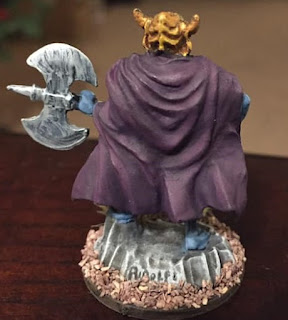