I've been puttering away on 11 figures from Diehard Miniatures for the last week, and last night I finally finished them.  I now have two demo crews for Wiley Games' "Fistful of Lead - Galactic Heroes" sci-fi skirmish game, so I can run a few solo games and teach myself the rules and then, hopefully, teach other people as well.

LILLITH'S HIRED GUNS:
Bounty Hunter Lillith, equipped with a jet-pack, blaster pistol and electro-whip, has hired a few mercenaries, led by cyborg Steve Austen, to strengthen her bargaining position.  After all, sometimes the extra money is worth bringing them back alive. 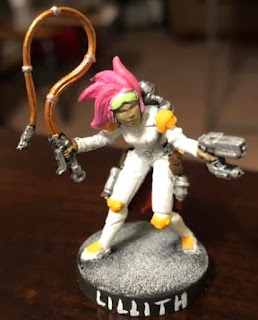 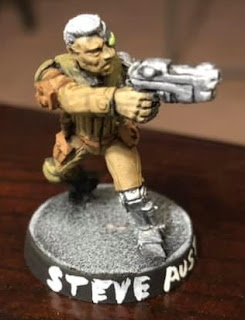 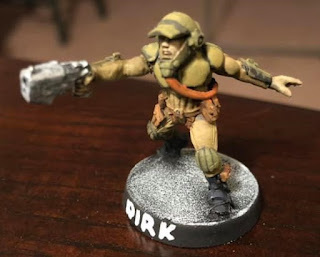 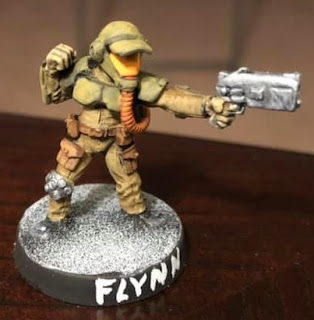 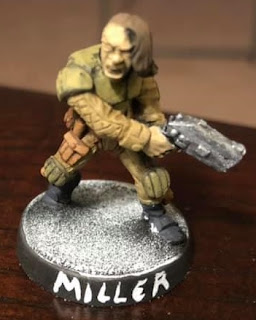 BLACK SKULL'S SPACE GHOSTS:
Once an ordinary space pirate, the villain known as Black Skull became so much more upon his discovery of the Staff of Unlife.  The Staff granted him the ability to raise the dead and compel their service, but at a hideous cost: his own face withered into a blackened skull.  Now, completely mad and attended by terrifying revenants, he roams the spaceways taking what he pleases. 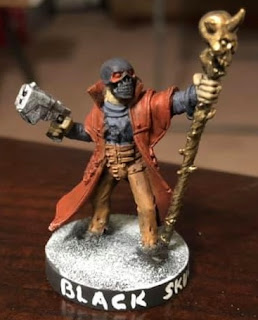