In preparation for this year's Analogue Hobbies Painting Challenge, first things first I needed to work on clear partially-finished figures out of my work-queue.  Which meant, tonight, finishing off three units for Dragon Rampant.

First up, a Reduced Model Unit of Heavy Foot with an accompanying Wizardling for my "Men of the West" retinue for Dragon Rampant.  Spearmen are Conquest Games' plastic Norman infantry, while the Wizardling is the cleric "Diva, the Blessed," a special edition figure released by Reaper Miniatures for their 25th anniversary this year. 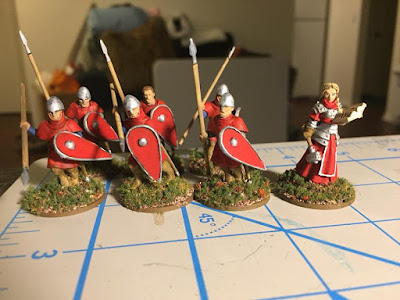 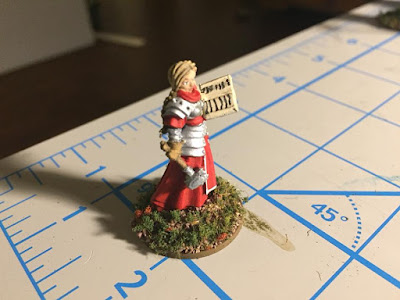 Second, a unit of Lesser Warbeasts (hounds, in this case) accompanied by a handler, again for the "Men of the West." Dogs are Reaper Bones (and far from my best work) while the handler is a Crusader Warlord that I received as a free bonus figure in my most recent order from Gripping Beast - who, I just realized, I managed to miss painting the strap holding his shield in place.  I'll fix that tomorrow. 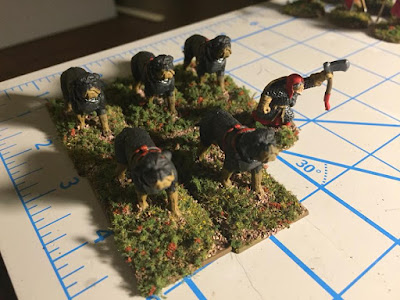 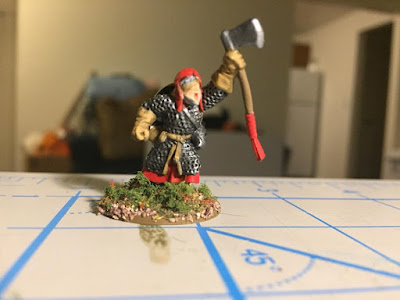 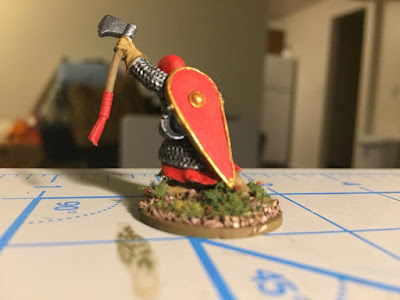 Finally, Reaper Miniatures #03109 "Kouraneth, Evil Knight," who will be serving as the general of my "Coalition of Evil" retinue for Dragon Rampant.  Accompanying him is his beloved pet, "Lil' Pinchums," a metal scorpion, also by Reaper, that I dug out of my bits box to fill some empty space on Kouraneth's base. 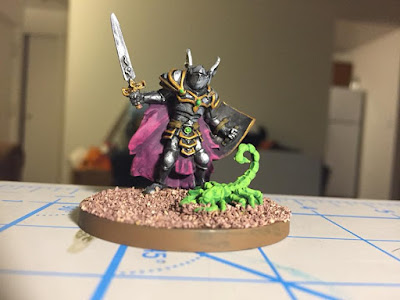 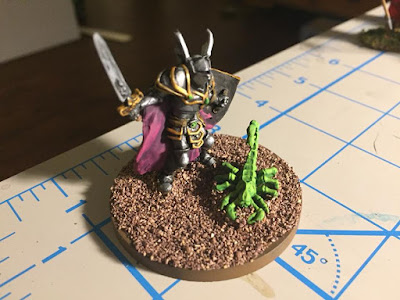 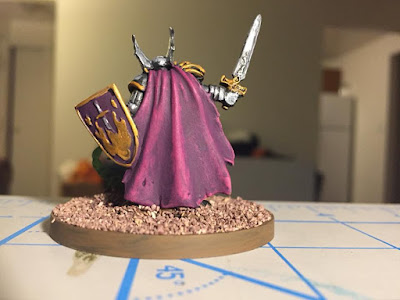